When asking a rum geek who the bottler of the moment is, many will probably come up with the name “Rum Artesanal“. That title has definitely been well-deserved. They have always been known for the quality of their products and their excellent pricing policy, which really makes you question the decisions of certain other bottlers but let’s not get into that. Anyway, more recently, they have really been stepping up their game and emerged as one of the top European rum bottlers. Alas, it was about time to get to new (at least some of) the people behind it.

Dominik, would you like to introduce yourself, Rum Artesanal and Heinz Eggert!?

My name is Dominik and you could say I am the brand ambassador and product manager (or the stepdaddy  ) of Rum Artesanal. I have been responsible for marketing at the Spirits Manufacture Heinz Eggert (HEB) for 12 years.  The brand Rum Artesanal has been around for a little longer and has been continuously developed by me over the last 5 years. Because the brand belongs to HEB and the importer Rum Albrecht, I have good conditions to make a great brand out of it.

What is it that you love about rum so much? How did you decide to become a part of the industry?

I have always had a great affinity for drinks and spirits. After my studies I got this job offer from HEB and it was a perfect fit. The nice thing about spirits is that you give people pleasure with them.
Rum is the most complex spirit in the world. That fascinates me. When I discover a single barrel, I want all the details. Which distillery, which still. The story behind it.
With all this attention to detail, we must not forget that we are only operating in a small niche.

If I am honest, I can’t do anything else than work in the wine and spirits industry. Once you’ve found a job where in 12 years you haven’t even doubted in the morning what you’re doing, you’ve found your industry. 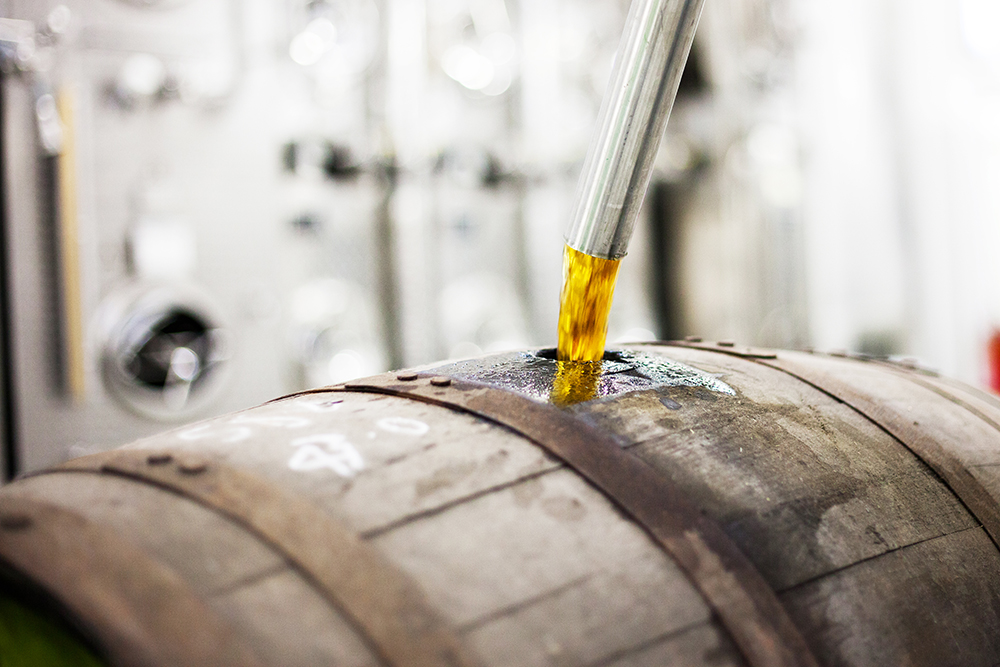 What’s your view on the current rum scene? And how would you describe the evolution of the scene over the last couple of years?

If you look at the evolution of the rum business, there are two points of view.
One is the big players. By that I mean the really big ones. Not much has changed there except that the masses of white rum without character have been replaced by brown rum without character.
Then there is the niche where we are. Here a lot has changed over the years. An incredible amount of knowledge has been added. Thanks to the relentless work you do as bloggers. Now you can quickly see which independent bottler is dealing with his rum and who is not. The discussions about sweetened or flavoured rum and how to declare it will get louder. I think that is great. I would like to see more awareness in the rum drinker. And if he buys a bottle of El Gaucho Lizard Eye Rum (you know what i mean) he at least knows what is in it.
I also go to a fast food chain and I know that it’s not a haute cousin.

You’ve released a couple of legendary rums under the Rum Albrecht label. What was the reason for changing it to Rum Artesanal?

Rum Albrecht is the company that actually only deals with bulk ware. When Rum Albrecht became a subsidiary of HEB in 1984, the well-known brand Burke’s was also brought into the company. The rum fillings were then bottled under the name Rum Albrecht. But we decided to separate both areas again and created the name Rum Artesanal as a reference. It is the same acronym RA as for Rum Albrecht.

For quite some time, you’ve been mainly known for your value-for-money bottlings. However, slowly but steadily, you are starting to emerge as one of the world’s premium rum bottlers. What explains this evolution?

Thanks for the compliment. We still try to keep a good value for money. Because we already bought many high quality barrels (Like the last HD 98) a few years ago when the prices were lower than now. Furthermore we can offer a good price, because I design the labels and we always use the same packaging and the same bottle. This might not be so interesting for collectors because our bottlings are not eye-catchers on the shelf. But for the connoisseur it is ideal. He gets great rum for a good price.
In the meantime, connoisseurs outside Germany have also recognised this added value of Rum Artesanal.

Which of your bottlings are you especially proud of and why?

I am very proud of our 2019 bottling of Trelawny Double Cask. We have won “best of show” at German Rum Awards.
Also our Caribbean Island Rum is a great blend. It is an ideal transition from one-dimensional sweet rum to a more superior rum.
Also the upcoming NY with 25 years old tropical maturation is awesome.
To be honest, every blend and every single barrel makes me a little proud. The process of finding a barrel or having an idea for a blend and being in control from the beginning to the final bottling is really a pretty cool story.

Which non-RA bottlings have you been digging recently?

The 2001 Hampden from TRC really flashed me (Thanks to Thomas). Also the Savanna HEER Tribute 2018 (With the Duck) was great.
But the absolute discovery was the TCRL Night Rambler. What a great stuff! Beside all the Caronis and Hampdens which everybody finds cool anyway.

If you can tell us, what are your plans for the future?

This year, in addition to the NY 1994, a cool remake of Burke’s White Rum will be released. A blend of Jamaica Rum and Réunion Rum with 444 g/HLPA esters. Perfect for a daiquiri.Limited to 2.000 bottles. Then we will also release a Haiti Barbancourt and a Trinidad single barrel (No no, no caroni). This year there is unfortunately no Savanna Unshared Cask selected by Rum Artesanal. But we are talking about an Unshared Cask bottling with another distillery. Together with some rum friends we could create something great.
In the long run we want to stay the way we are. Cool projects, great casks and interesting blends. And then hopefully again with all known and still unknown friends at fairs and tastings.

Last but not least, would you say that the “golden times” of rum are yet to come or that they are already long gone by?

If you are really passionate about rum, whether as a bottler, collector or connoisseur, these are always golden times. 🙂

Thanks a lot, Dominik!